When I first started using Flutter, I was drawn to their slogan – “Build once. Run everywhere.” It seemed like a foolproof plan for success and scalability that would save me time and money in the long run.

But do you know what’s even more exciting than that?

Flutter is quickly becoming the obvious choice for app development.

I mean, just look at how Flutter stacks up against some of the other top technologies out there:

1. According to a 2021 developer survey, 42 percent of app developers used Flutter.

2. According to the 2021 StackOverflow Developers Survey, Flutter is in the top 10 list of most loved programming languages. 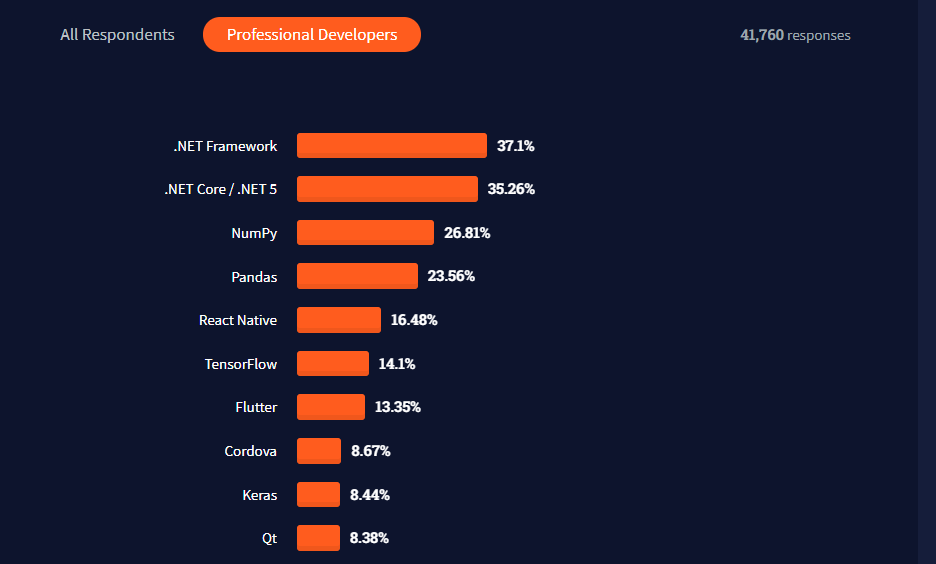 3. In a Developer Economics survey, Flutter was chosen as the most promising technology for mobile development in the next 2-3 years by 20 percent of all respondents.

The demand for Flutter app developers is already strong, and this popularity will only continue to grow.

That’s why I believe companies would be wise to start looking into hiring a flutter app development company before 2022 hits and the prices go up.

Let’s see what Flutter’s features and benefits make it a popular choice for mobile app development.

This might not seem like a big deal at first, but trust me when I say that it is.

Google is such a powerful company and has built up so much goodwill over the years that they only need to start something for people to take notice and pay attention. And Flutter is no exception.

Google has invested its money into the project and countless hours of human resources and tons of brainpower. It’s this commitment to Flutter that makes it so trusted by developers and companies!

Besides, Google Trends data shows a continuous search for the Flutter over the web.

#2: Single Codebase For Web And App

The majority of companies these days want to build their apps using one unified technology stack.

This will save them tons of time and money in the long run while keeping their teams streamlined and on the same page (literally).

Flutter allows developers to create web and mobile applications with a single codebase, which means it’s the best of both worlds. Besides, some top-notch companies out there, such as Alibaba and Groupon, have already adopted this approach.

#3: Flutter Is Fast And Efficient

No one wants to use a slow app especially when you’re paying for the pleasure of using it.

Consider this: According to Google, if your app takes 3 seconds to load instead of 1 second, your bounce rate would be 32 percent greater than fast apps. The bounce rate rises to 123 percent of your software takes more than 10 seconds to load.

That’s why it’s so important for your technology to be fast, efficient, and buttery smooth.

This is where Flutter excels, thanks to its architecture of Skia (a cross-platform 2D rendering engine) and Dart (an object-oriented programming language). These two amazing technologies combine for the most fluid and high-performance mobile app development.

#4: Flutter Was Built For User Experience

Modern users have a very different idea of what good UX means compared to a few years ago. According to UX Planet, consumers (80%) are willing to spend more for a better user experience.

Nowadays, your app needs to be intuitive and easy to use while scaling effortlessly across multiple device sizes. However, getting this right is no easy task, which is where Flutter comes in.

It’s a mobile-first approach that automatically scales the UI to fit the device, offering users an experience that feels right at home on any form factor. Plus, it comes with a robust set of built-in widgets and rich animation APIs that keep things from getting stale.

As you can imagine, this is an incredible time-saver not only for app development speed but also for developer productivity. Plus, business owners are pleased because they have more control over the development process and can get new features out faster.

Dart has been widely acclaimed as a language that’s easy to learn and simple to use. It was designed with object-oriented programming in mind, making it perfect for Flutter (an OOP-based framework).

Moreover, Dart is among the most popular programming languages for developers worldwide in 2021.

This makes Flutter easier to get started with because developers already familiar with the Dart language won’t have to learn new syntax or semantics.

Plus, since Google built it, you can be sure that there’s a large and active community out there who are passionate about Dart and willing to help each other solve problems.

The Flutter code is compiled to 32-bit or 64-bit ARM machine code for iOS and Android and JavaScript for the web, and Intel x64 for desktop devices, thanks to the Flutter platform powered by Dart.

Building mobile apps is one thing, but building highly responsive ones is an entirely different challenge! That’s why companies need a technology that can deliver a high-performance user experience whether they’re running on iOS, Android, or both.

Thanks to its architecture of Skia and Dart, Flutter is incredibly fast and efficient. Plus, it’s also capable of building cross-platform apps out of the box (iOS + Android), which saves developers time (and money).

With tools like Flutter Inspector, you can debug your apps with ease while testing new features and pouring over UI designs.

It’s a powerful tool built into the Flutter SDK, which means developers can spend more time doing what they love and less time tracking down bugs.

Speaking of no-nos, it’s important to point out that Flutter doesn’t require a device to run tests. You can use a test package library, an in-memory package that runs on your machine.

It’s like having a device in your pocket; only it works when you’re offline (and when you want to test multiple devices at once).

#9: It Works As Is To Customize

The beauty of Flutter is that it’s easily customizable whether you want to work in an existing framework or just build your own.

The architecture is open-source, so developers can quickly access source code and contribute to the community via GitHub.

As you can see, Flutter has a lot to offer in terms of its capabilities and approach to building apps. It’s much more than just another tool to use, so if you’re serious about mobile development, then it’s something you’ll probably want to look into.

Flutter is positioning itself as the go-to framework for a custom mobile app development company in India. It offers a clean and easy-to-use interface, a predictable and consistent release cycle, and an active community.

And last but not least – it’s free and open-source, so there’s no reason why every company shouldn’t at least give it a try.

Have you ever used Flutter to build an app? If so, then I’d love to hear about your experience in the comments below! Thanks for reading. 😉

What is Search Engine Optimization?

The Grave Consequences of Failure to Appear in Court after Bail

Get the Job You Want: 7 Tips for Acing Your Virtual Interview

6 Tools That Highlight How Technology Has Eased The Modern Workplace

Excellent Remote Workforce Management Begin With Great Decisions: See Which Ones To Make

How to Pick a Construction Software for Your Business