Many organizations have already implemented test automation. Other organizations are planning to start doing it soon. However, even with many benefits, it is not enough to simply automate your tests. You must have a strategy for how you will apply this type of testing specifically to your project. In this article, we will understand what a test automation strategy is, why you can incur huge losses without it, and how to develop and implement a competent strategy for automation. 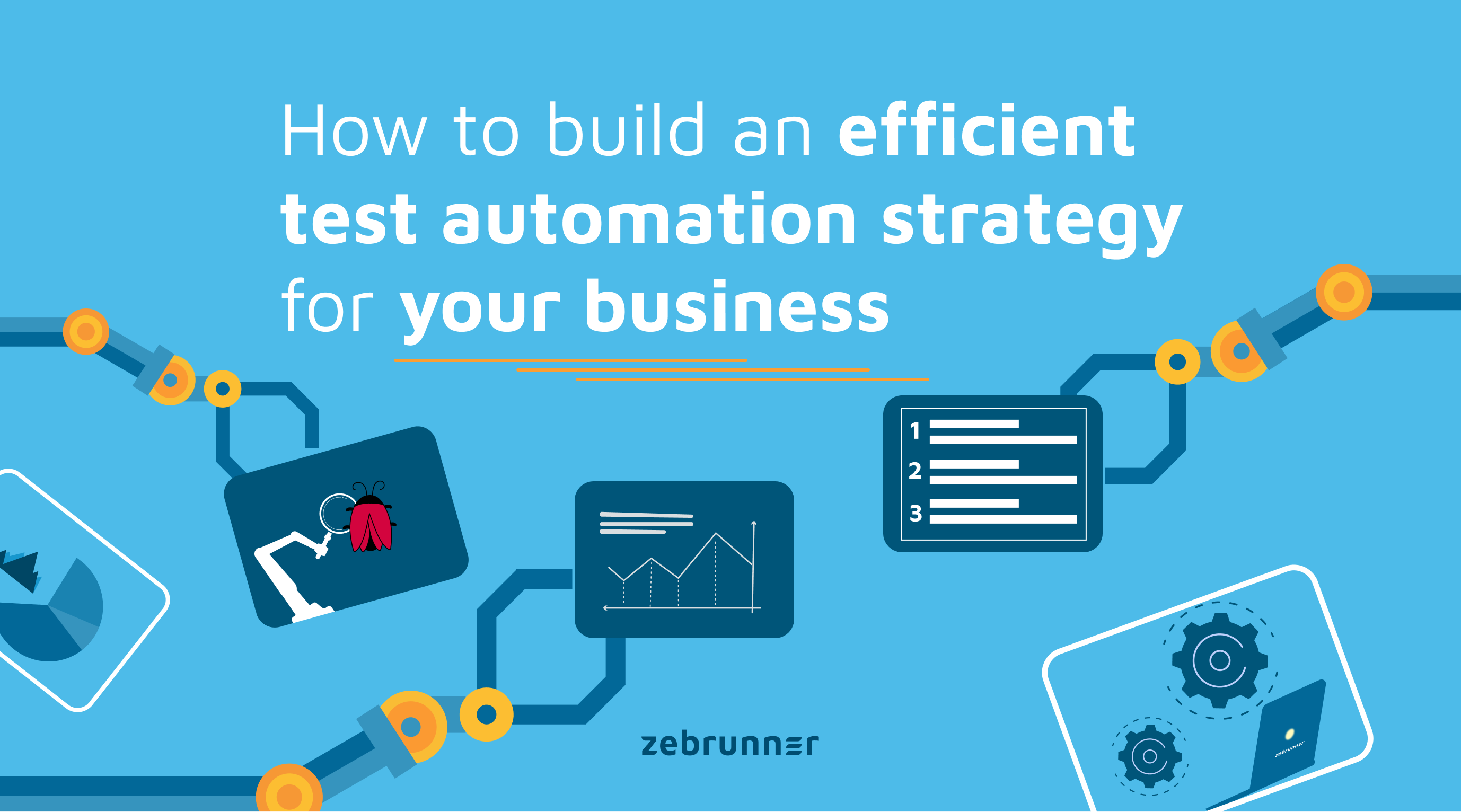 What is a test automation strategy?

The test automation strategy includes a general approach to testing and reporting. It defines what you automate for, how you do it, and what goals you want to achieve according to the expectations of the test cycle.

Why is it a bad idea to automate testing without a strategy?

With the transition to agile software development methodologies and accelerated delivery, companies have no choice but to implement continuous automated testing. It allows you to understand whether the software meets the requirements, ensures high test coverage, and also helps to speed up the release as much as possible. But why does test automation need to have a strategy? We explain:

The strategy lets you focus on users’ requirements and goals. These are the basis for planning all stages of testing. Automation ensures the functionality of the software, its reliability, security, and performance. The work of the team is aimed at ensuring that the product meets the needs of the user as much as possible.

The lack of a strategy leads to increased expenses, which could be much more efficiently spent on more valuable work for the project. In addition, if automation is implemented without a strategy, the company may lose confidence in test automation in general together with the chance to release software and its updates quickly.

8 steps to create a strategy for automated testing

It goes without saying, but we will remind you, just in case. A strategy for automated testing should have the desired end aim as a result. So the first step is to set achievable aims.

The test automation strategy determines what to test first and last. Use a risk-based approach to prioritize automated tests.

The priority of each feature, each piece of code that you want to test, can be figured out through the impact of the success or failure of each such thing on the entire project. The things with the highest business impact and the chance of failure should be the highest on the priority list. Accordingly, everything else that has a negligible impact on the business and has a low probability of failure receives a low priority.

The tests that provide high business value are tests that, if they fail, can lead to the collapse of the entire project. There are examples where companies have lost hundreds of millions of dollars only because they did not identify high-value tests for themselves in time and did not launch them.

One illustrative case is the story that happened in 2012 with an American global financial services firm Knight Capital Group. The company was engaged in market making, electronic execution, and institutional sales and trading. By that time Knight Capital Group was the largest trader in U.S. equities with a market share of around 17% on the New York Stock Exchange as well as on the Nasdaq Stock Market.

Due to a glitch in the new software, Knight Capital Group bought up about $7 billion worth of shares in 1 hour. All transactions were unintentional and did not even have a source of funds behind them. However, most of them failed to cancel. The company tried to sell these shares, but the losses could not be covered and the company went negative by $440 million.

Analyze future tools in terms of how convenient they will be for the people who will directly work with them. Here the experience of the team members and the number of participants in it plays a role.

Take budget into account as well: with the variety of free and paid tools available you can definitely find ones that suit you. If you plan everything well, then the average cost of test automation will not exceed or even be less than your usual costs for manual testing.

Step 4. Make sure your data is correct

Often, test automation projects are unsuccessful due to data failures. Try to make sure the data is correct right from the start by running preliminary scripts to validate or load the data. This will save hours later on running repeated tests. For each release and major iteration of the framework, you must learn in-depth how you process your data, how you store it, and where it comes from.

Step 5: Define DevSecOps for the project

Many work directly with Jenkins servers or other build and deployment tools. This needs to be defined in the test automation strategy.

You need to mark out:

Unlike the blueprint developed in the early stages of a test strategy, an execution plan is a detailed list of daily tasks. It usually consists of:

This is one of the most important steps in an automated testing strategy. To make sure that your automated tests are effective and evaluate the functionality of the application as best as possible, pay attention to the following guidelines:

Prioritize scripts. List the most critical user flows and focus on making sure they are error-free.

Break scripts into atomic threads. Instead of scripting a complex sequence of events, break them down into a set of simple tests.

Create single-purpose tests. Depending on the element and action you’re testing, the most common testing goals include validation (checking the element’s visibility and appearance), setup, and actions (testing the user flow).

Make sure the initial state of the test is consistent. Since automated tests consist of a fixed number of steps, they must run in the same order, especially if these tests depend on the previous ones. Otherwise, the test will fail.

Make a complex test as a whole from simple ones. This way, testers will be able to save time and human resources, since there is no need to write a new workflow from scratch.

Write isolated scripts. Running autonomous threads improves the quality of parallel testing. Unlike connected sets, if an independent test is delayed, the entire session will not be affected.

One more tip: find out the goals of the tests and distribute them into groups. This will make testing visual and you can immediately see where you have the most problems.

After a series of tests has been completed, the QA engineer must collect the information and present it to management in a concise way. This is where specialized tools that generate reports automatically come to the rescue.

The right tool can help you easily implement a strategy for automated testing. Let’s take Zebrunner, for example. It’s a toolkit that covers a wide range of project needs and allows you to set up effective automation processes, as well as optimize testing costs. With Zebrunner, you get the following possibilities:

How Can Outsourcing Lab Billing Services Revolutionize Your Business?

A Big Bar of Chocolatey

The Metaverse: Your Opportunity to Capitalize on a Booming UX Industry

Why Outsourcing Your Bookkeeping Is the Right Business Move

Modern Risk Management & Compliance: All You Need To Know